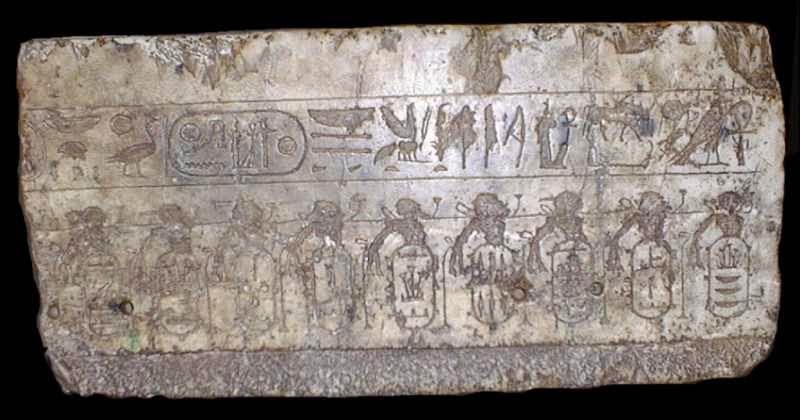 The major part of the marble base of a statue of Ramesses II in the form of a block. On two sides the name and titulary of the king have been carved above figures of bound captives representing the 'Nine Bows', traditional enemies of Egypt, and other provinces. Across the front of the base are the cartouches of the pharaoh.

On the front of the block are the cartouches of Ramesses II flanked by his Horus names, the vulture goddess Nekhbet of Upper Egypt offers the ankh-sign of life on one side, on the opposite side the cobra goddess Wadjet of Lower Egypt does the same.
Posted by Miro Eden at 3:16 AM