Neb-Senu is a small statue from ancient Egypt that is kept in a glass case at the Manchester Museum in England since 1933. The statue is inscribed with prayers for the dead. The case is kept locked and only authorized museum curators have access to the statue. Not long ago, the statue was found by a curator to have changed position—spun around—inside the case. No one admitted to having touched it out of the few who have access. Nothing else in this same case had moved, just the single statue. And the statue moves around in a perfect circle. It has never wobbled off to the side or toward another of the artifacts kept in the case. It is believed that the statue is inscribed to a particular person. Could this person be haunting the statue? 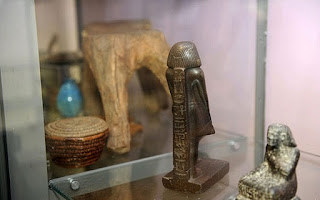